Ford's resurrected Shelby GT350 Mustang will produce in excess of 390kW in production form, according to a Ford executive.

That means a total output in excess of 520hp, or 390kW in our money. Owens also went onto specify the engine has a redline of 8250rpm, reinforcing claims from Ford that it is "the most powerful naturally-aspirated Ford production engine ever produced". Owens' final bombshell was that Ford will also produce a hotter track-only version of the Shelby, known as the GT350S. 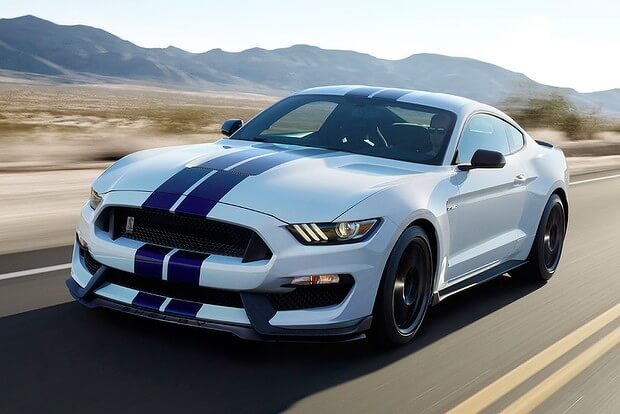 Ford is bringing back the iconic Shelby GT350 Mustang with the new iteration producing 375kW and 540Nm.

Ford previously confirmed the GT350 will produce "more than 375kW of power and 540Nm of torque" when the vehicle was unveiled at last year's Detroit motor show. The blue oval confirmed fitment of a six-speed manual transmission sending drive to the rear wheels with the help of a Torsen limited-slip differential.

The engine itself features a flat-plane crankshaft design (Ford's first-ever production engine with the technology), bringing a higher revving potential and a trademark sound, among other benefits

The new Shelby model builds on the upcoming standard Mustang range, due to land in Australia next year.

The Shelby won't just go fast in a straight line, Ford claims, with a suite of modern technologies including magnetic dampers, staggered wheel widths, aggressive six-piston front and four-piston rear Brembo brakes and re-designed aerodynamics to match the muscular engine. The GT350 rides on 19-inch alloy wheels that are 10-inches wide at the front and 11.5-inches wide at the rear.

Torsional stiffness has also been increased by 28 per cent on the previous model.

The Shelby GT350 scores a raft of cosmetic changes inside and out to distinguish it from the regular Mustang. External changes include a new vented aluminium bonnet, wider front fenders, new splitters, a ducted front pan and a carbon fibre grille opening.

The bad news is that Ford has confirmed the left-hand drive GT350 will only be offered in North America, leaving Australia with the standard V8-powered GT and turbocharged EcoBoost Mustang models. Already interest in those cars has exceeded 20,000 prospective buyers. 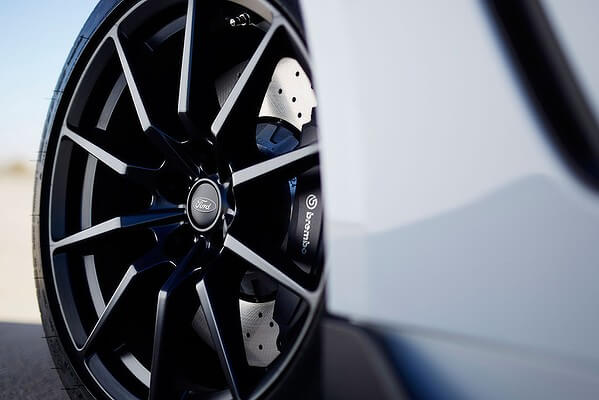 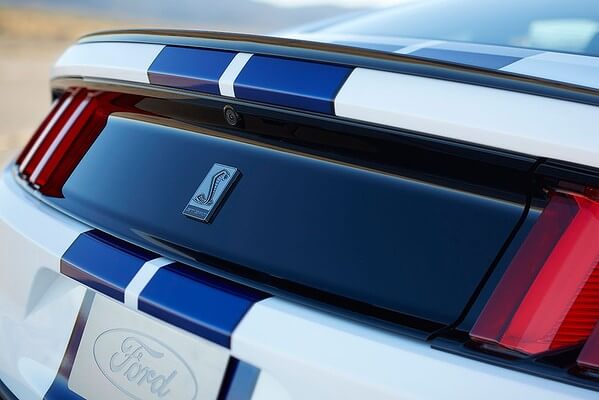 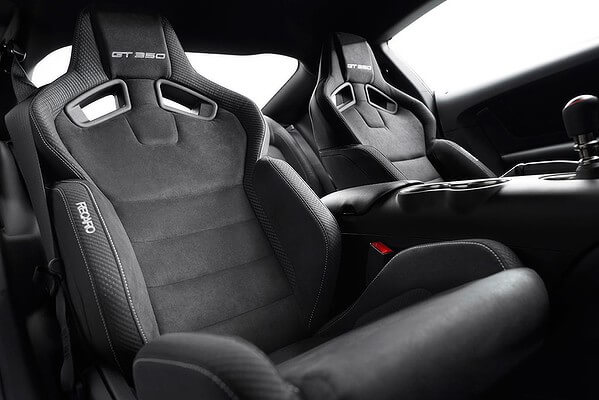 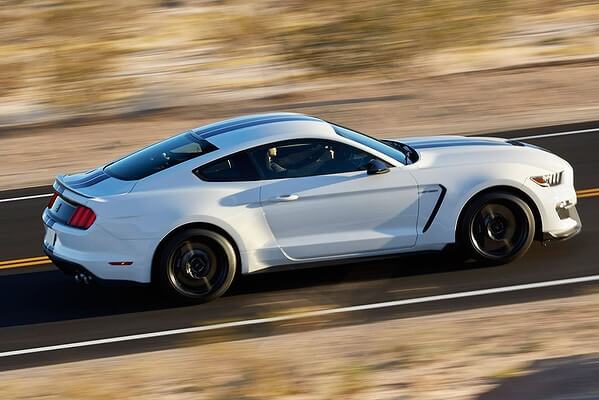 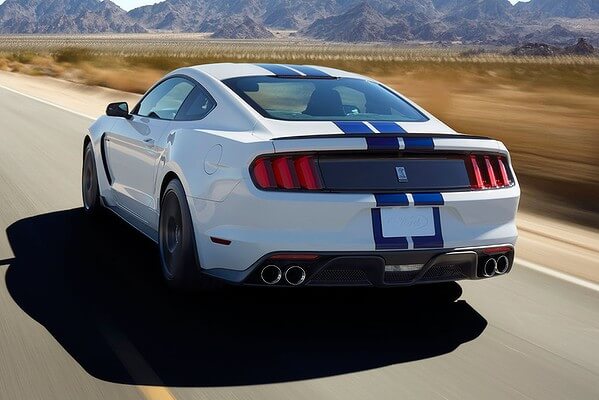 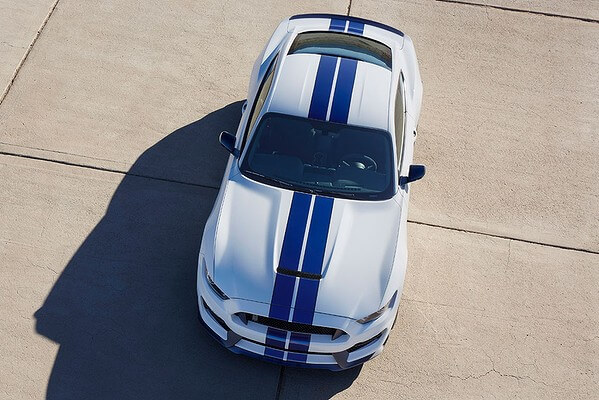 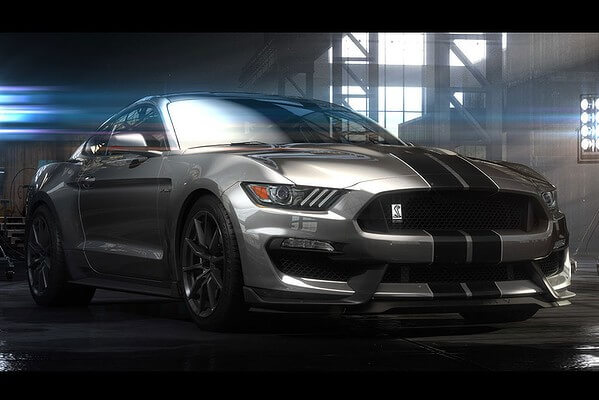 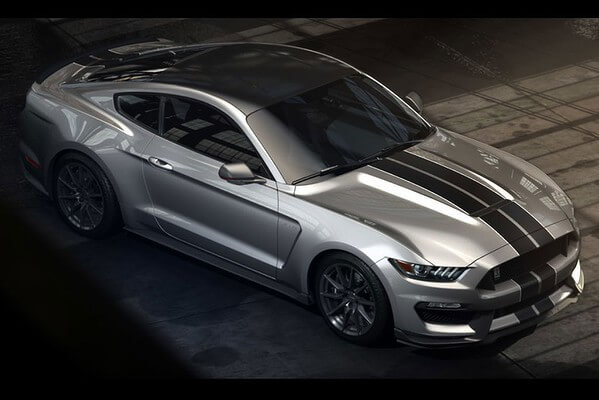 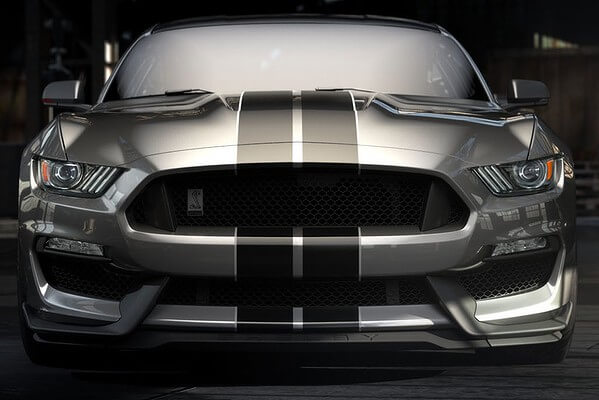 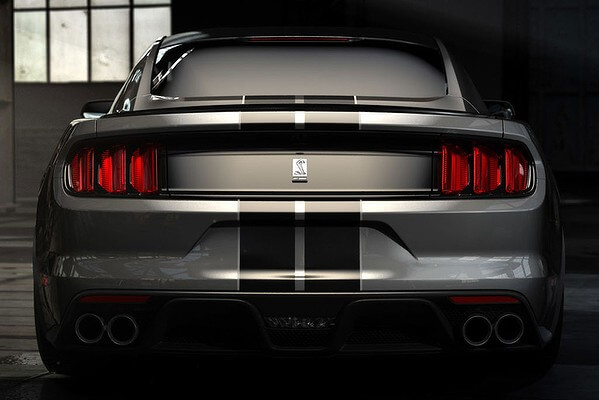 Check out our Ford Mustang builds for our customers at AutoCraze: